Wouldn’t it be nice to have a personal chef who shops for organic, locally produced food and prepares all your meals and snacks from scratch? It would certainly be a delicious way to eat a diet that’s clean and nutritious. But most of us live in the real world, where convenience is king, and packaged and prepared foods substitute for the idyllic chef.

To help you navigate today’s complex food choices, here are 7 pitfalls to avoid:

Gluten sensitivity is skyrocketing, and it parallels the increase of gluten in our food. We eat more wheat than we did a few decades ago, and extra gluten is added to many packaged and processed foods, from sauces and soups to sausages, cold cuts, and even veggie burgers. Oddly enough, whole wheat bread may well contain more added gluten than its refined cousin, to counteract the naturally dense consistency of whole grain bread. Added gluten gives bread a spongier, more desirable texture.

Although the phenomenon isn’t fully understood, eating large amounts of gluten may lead to intolerance. In nature, gluten is found in all types of wheat, rye, and barley, but oats, other grains, and other foods may also be contaminated with gluten if they’re not labeled “gluten-free.”

Glyphosate, the active ingredient in Roundup, is the most widely used weed killer around the world. It isn’t allowed in organic farming, but is sprayed on most conventionally grown corn and soy, which are genetically modified to withstand the herbicide’s toxicity. In addition, glyphosate is sprayed on wheat and other grains at harvest time to speed up the ripening process. And meat and milk from animals that eat glyphosate-contaminated grain can contain residues.

Scientists from the United States and Germany found that glyphosate disrupts gut bacteria and hormones, damages DNA, and is linked to cancer and a host of other diseases, including Parkinson’s, Alzheimer’s, and multiple sclerosis. The weed killer also impairs the heart’s ability to generate energy and kills liver cells that are essential for detoxification, according to research at Wake Forest University in Winston-Salem, N.C.

Another German study found that people who ate conventionally produced food, including grains, vegetables, dairy products, and meat, had the highest levels of glyphosate in their bodies, and high levels correlated with chronic illness. Researchers noted: “The presence of glyphosate residues in both humans and animals could haul the entire population toward numerous health hazards.”

Residues from pesticides used to kill bugs that can damage crops also remain on our food. A French study of 69,000 adults found that those who ate organic food most of the time had 25-percent lower odds of cancer and significantly lower risk of diabetes than those who never ate organic food. Conventional fruits and vegetables were the top pesticide sources, followed by soy foods, legumes, grains, breads, and cereals.

While the same pesticides cannot be used in organic farming, the chemicals can drift and contaminate neighboring fields. But compared to conventional foods, organic foods still contain only a trace or none, and eating mostly organic food can dramatically reduce pesticide levels in your body.

More than 2,000 synthetic preservatives, colors, and other chemicals are used in conventional—not organic—packaged foods, according to a report by the nonprofit Environmental Working Group: Organic: The Original Clean Food. And the lack of FDA oversight may surprise you.

“The same companies that manufacturefood chemicals are allowed to declare them safe,” says Melanie Benesh, EWG legislative attorney and report coauthor. “It’s like the fox guarding the hen house.” Some of these additives are likely or known carcinogens and endocrine disruptors, or have other potentially adverse health effects.

Starting in 2020, some labeling of GMOs will be required, but meanwhile, any disclosure is voluntary. Foods modified to withstand toxic weed killers, such as corn and soy, may contain higher chemical residues. In other cases, there is debate about the risk of foreign genes acting as allergens.

A study at California Polytechnic State University in San Luis Obispo found that women who switched to BPA-free food containers and cosmetics for three weeks had significantly lower levels of the chemical in their bodies. And, they lost some weight.

Although their risk is still being debated, phthalates are banned from toys in the U.S., are known to disrupt hormones, and have been linked to high blood pressure, diabetes, heart disease, and cancer. For years, plastic containers, skincare and hair products, and synthetic fragrances have been known sources of phthalates. But these problematic chemicals are also found in fast food.

Testing of nearly 9,000 people, at The George Washington University in Washington, D.C., found levels of these chemicals were up to 40 percent higher in people who had eaten fast food during the previous 24 hours. Fast-food items that contributed to high levels of phthalates included meat and foods made with grain, such as bread, pizza, burritos, rice, noodles, and cakes. As if there already weren’t enough reasons to avoid fast food, this is another one.

A Scandinavian study compared the effects of diets that were low and high in gluten, and found that when healthy, middle-aged adults ate a low-gluten diet for 8 weeks, they felt better and effortlessly lost a little weight. Low-gluten eaters also experienced less chronic inflammation as well as improvements in the quality of gut bacteria, peptide YY (a hormone that regulates hunger).

Although gluten quantity isn’t listed on food labels, you can sometimes estimate it. Gluten makes up 70–75 percent of the protein in wheat. Therefore, if one slice of wheat bread contains 3 grams of protein, it likely contains a bit more than 2 grams of gluten. A sandwich with 2 slices would contain between 4 and 5 grams.

Since 1977, the amount of gluten added to breads and other foods has tripled, according to USDA research.

If you aren’t following a gluten-free diet, go easy on grains and avoid foods with added gluten, which is listed as a separate ingredient. In addition, look for foods that don’t contain artificial flavors, colors, or preservatives.

Eating organic food is the simplest way to avoid most pitfalls, but when this isn’t
possible, the nonprofit Environmental Working Group has identified the “Dirty Dozen”—fruits and vegetables with the highest pesticide levels. These are most important to buy organic (ranked from most toxic to least):

Which Foods Are Genetically Modified?

According to the USDA, non-organic versions of the following six foods are typically genetically modified:

Some of these four foods may also be genetically modified:

Many health food stores refuse to sell GMO foods. In addition, the nonprofit Non-GMO Project has verified and certified more than 50,000 foods that don’t contain GMOs. For details, visit livingnongmo.org. 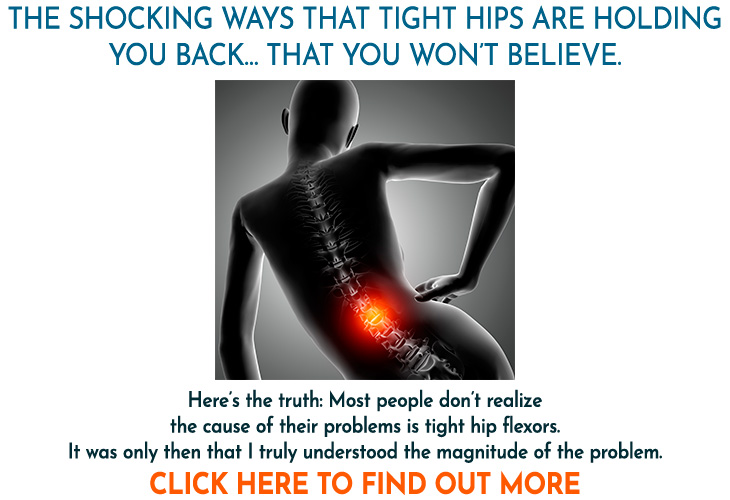 Start Your Day With These…

The Best Mobility Warm-Up To…

How to Use CBD Oil…

You can find out more about which cookies we are using or switch them off in settings.

This website uses cookies so that we can provide you with the best user experience possible. Cookie information is stored in your browser and performs functions such as recognizing you when you return to our website and helping our team to understand which sections of the website you find most interesting and useful.

Strictly Necessary Cookie should be enabled at all times so that we can save your preferences for cookie settings.

If you disable this cookie, we will not be able to save your preferences. This means that every time you visit this website you will need to enable or disable cookies again.

This website uses Google Analytics to collect anonymous information such as the number of visitors to the site, and the most popular pages.

Please enable Strictly Necessary Cookies first so that we can save your preferences!